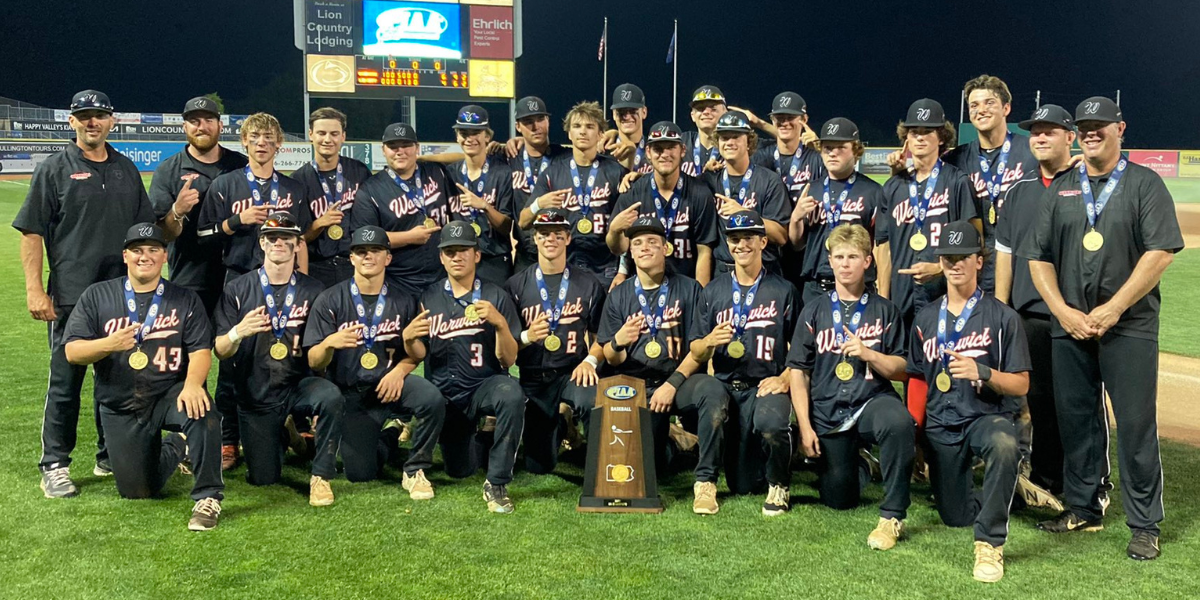 On June 16th, our Boy’s Baseball team made history when they won the 2022 PIAA Class 6A State Championship.

We began the first round of playoffs with a nail-biting game against Hatboro-Horsham, where we won 8-7.

Following the first round win, we played Upper St. Clair in the Quarterfinals with a final score of 5-3.

In the semifinals, we destroyed Cumberland Valley, winning 9-0.

By the time we got to the championship game, we were ready. An abundance of community members, faculty members, friends, and families gathered at the school to cheer on our baseball players as they left for states.

Despite the weather delays, our boys were focused and hungry. At the end of the Bethlehem Liberty game the score was 6-4, earning our Warriors the State Championship trophy!

After the game, the players took time to sign autographs for the younger baseball players who attended – there were many of them! We love to see our older players serve as role models for our younger ones.

Incredible job by our team!