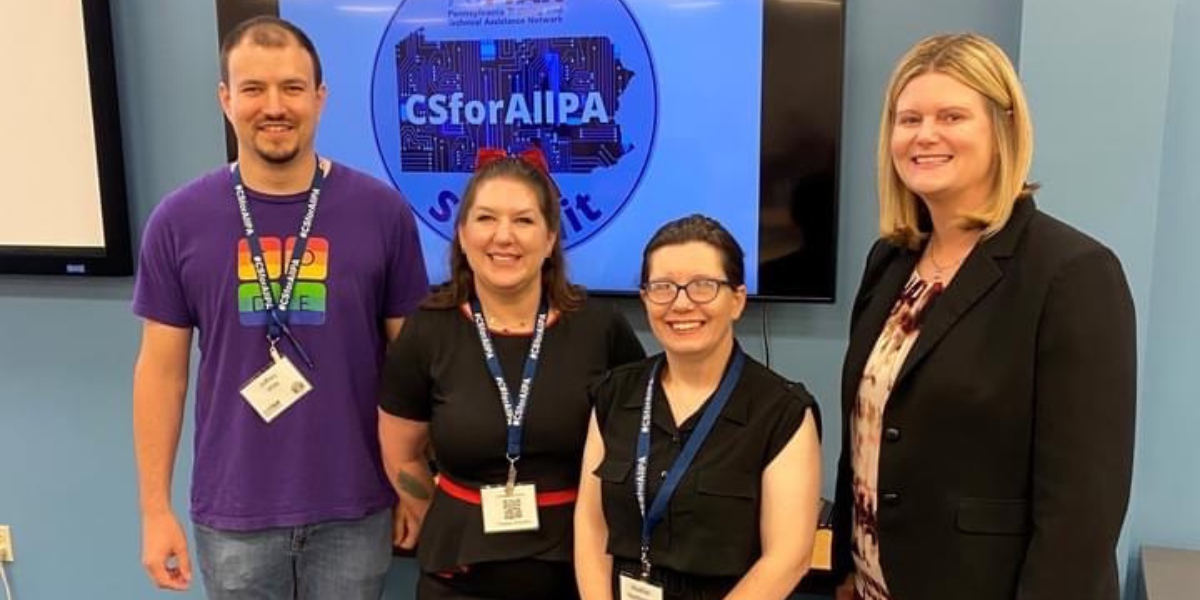 At the beginning of May, it was announced that Mr. Jeff Wile, a Math and Technology teacher at Warwick, was selected as one of the finalists in this year’s PA Exemplary Computer Science Educators of the year!

On June 22nd and June 23rd, Mr. Wile attended the #CSForAllPA Summit and the PaTTAN where he and the two other finalists, Heather Hedderman of Wattsburg Area School District and Elizabeth Woods of Indiana Area School District spoke on a panel providing insight into how they’ve advanced computer science opportunities in their respective districts and communities.

After the panel discussion ended, it was announced that Mr. Wile had won the #CSInPA Exemplary Educator Award for Computer Science!

The #CSInPA Exemplary Educator Award for Computer Science is given to a teacher to honor their efforts and involvement in working to expand computer science for all students.

In addition to the letters of recommendation, Mr. Wile also provided his current resume which cited some of the important work he’s done for both the district and the state. For example, he started a new regional Computer Science Teacher Association chapter that helped local computer science teachers in everything they needed to connect, learn and grow. He also provided a teaching artifact that best exemplified his instructional beliefs and pedagogy. Lastly, he submitted four essays that focused on what sets him apart from the other candidates including information about what his classroom environment is like, the steps he’s taken to recruit and build courses to support all students, how he provides student opportunities for growth within the computer science field, and more.

Mr. Wile shared how honored he feels to be selected for this year’s recognition and said, “Reflecting over the past several years, I am thrilled with how far our computer science program at Warwick has grown and how Warwick students have taken advantage to learn computing skills in my classroom.” Mr. Wile went on to say that he attributes a lot of the computing success to his colleagues, the administration, the community, and the Warwick Education Foundation.

A huge congratulations to a well-deserving teacher!