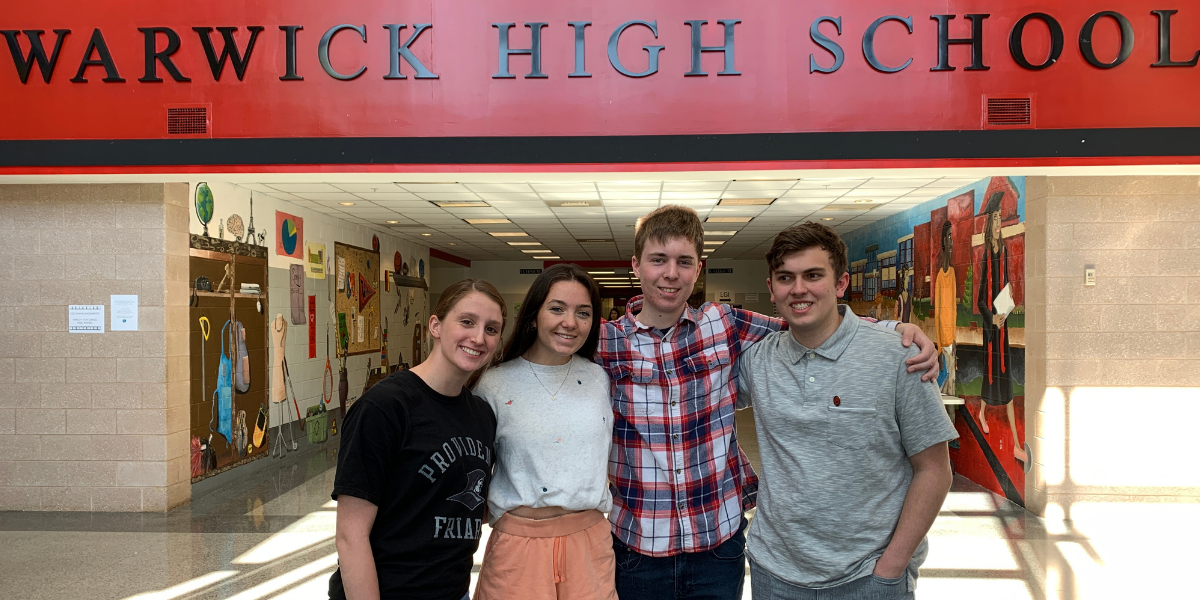 As we grow closer to graduation, our students are anxious to enter the next chapter of their lives!

This year, Warwick will be celebrating the graduation of 331 students in the class of 2022. To represent the class at graduation, five students were chosen to give speeches. Students interested in giving speeches signed up to present their proposed speech to some of our staff members to be considered. The speakers were then selected and announced the following day.

Theo’s speech (untitled at the time of the interview), will focus around the premise, ‘If I made a movie about our class, what scenes would I shoot?’ During his speech, you can look forward to hearing a detailed play-by-play of the classes’ highs and lows throughout their time here at Warwick.

Alexa’s future plans are to attend Liberty University in Lynchburg, VA with a double major in Computer Science and Business Administration.

Jonah’s speech is titled, ‘Just Warwick.’ In his speech, he wanted to focus on the unique high school experience that the class of 2022 endured. He wanted his speech to highlight the effects of things happening in the world that caused their class to stop focusing on the little bubble that is Warwick and instead focus on events happening all over the world.

Next year, Jonah is going to be attending Dickinson College in Carlisle, PA to major in Political Science and Religious Studies.

Kendall’s speech is titled, ‘Life is like a box of chocolates.’ She chose to present her speech in a metaphorical way to express what it was like going through high school and having a ‘normal’ freshman year, living through a pandemic her sophomore and junior year, and now finally getting back to a resemblance of ‘normal’ for her senior year.

After graduation, Kendall will attend Providence College in Providence, Rhode Island to major in Biology before heading to Medical School.

Josh’s speech is titled, ‘Composition of a Warrior.’ Josh is a self-proclaimed history and research buff, so in preparation for his speech, he’s spent many hours learning about Warwick’s history. His speech will address a number of key characteristics and attributes that he believes to embody the Warwick Warrior.

We know that the ups and downs life throws at us can be overwhelming and burdensome. Living through a pandemic is not something we ever dreamed we’d be enduring, but here we are, facing it one day at a time. To our class of 2022, we are so proud of you and so excited for you to enter the next stages of your life. Congratulations!