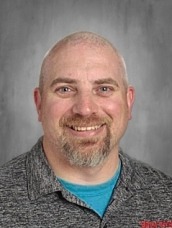 He graduated from Hempfield High School, but was a Warwick Warrior through the first part of 8th Grade. Mr. Oberholtzer started out as a truck mechanic which included owning his own road-service business. He served on active duty in the US Army from 2007 until 2013 where he deployed to Taji, Iraq in 2009-10, and to Shindand, Afghanistan in 2011-12. In the Army, Mr. O. worked as an electronics and weapons technician on AH-64D Apache Attack Helicopters. After the Army, Mr. Oberholtzer completed his degree in Technology and Engineering Education at Millersville University and he is curently working on his Master's in Design & Innovation at Millersville University. He is certified in Technology & Engineering Education and Agriculture Education

Mr. O. is also an General Class Amateur Radio Operator, maintains a Class A CDL, and has a machinist certification as well. He formerly worked as a semi-pro photographer, shooting industrial, wedding, and automotive subjects. In college he worked for a local foundry as a grinder, upgrading castings for the military and nuclear industries.

Mr. Oberholtzer enjoys spending time with his wife, Mrs. Kristen Oberholtzer, who teaches Learning Support at the Middle School, and their son Clyde. They have an old black cat named Tasha, and a 4-year-old Golden-Doodle named Mason.