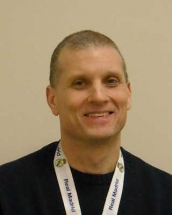 I was hired by Warwick School District in 1990, and currently I am in my 33rd year of teaching at WHS. I graduated from Millersville University in 1990, and completed my Master's Degree in Spanish Literature from the University of Delaware in 1995.

I enjoy being able to study other languages, and have taken courses in Russian, Italian, French and German at the university level, and have had the good fortune to travel throughout Europe to Belgium, Holland, France, Italy, Germany, Switzerland and Luxembourg.