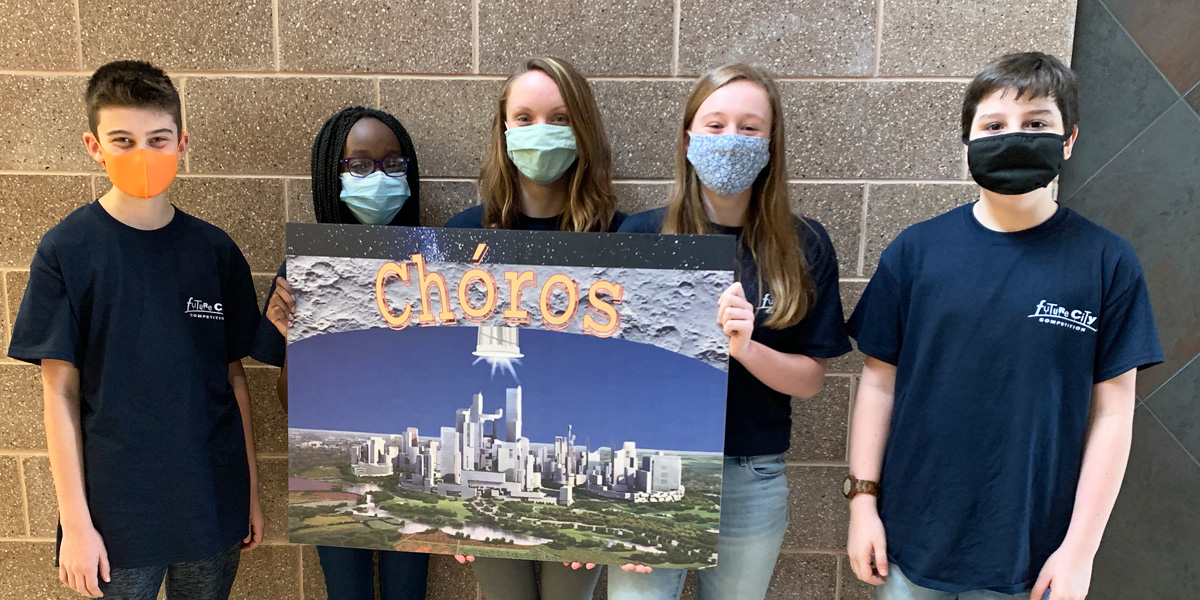 Congratulations to the Warwick Middle School Future City team for advancing to the national competition.  Over the weekend the students received news that they took first place at regionals.

This year presentations were done virtually, instead of in-person.  The theme was, “Living on the Moon.” Students were tasked with designing a lunar city and had to provide examples of how the city uses two moon resources to keep its citizens safe and healthy.  Warwick Future City students chose Choros as their model.  The team built a physical model of their future city (to scale) using recycled materials.  Students were broken up into two teams, tech and art, working together to build their respective city.  As done in previous years, student presenters share all the ins and outs of their model.  This year they needed to record a seven minute video presentation, which can be viewed here.

The national competition will take place virtually starting on March 6th.  There will be rounds of Q&A’s, with virtual sessions scheduled by region.

Warwick’s Future City is comprised of the following members:

Good luck at nationals! Winners will be announced on April 7th during a live event at www.futurecity.org.