WHS Marching Band to Host 'Legend of the Warrior' Competition 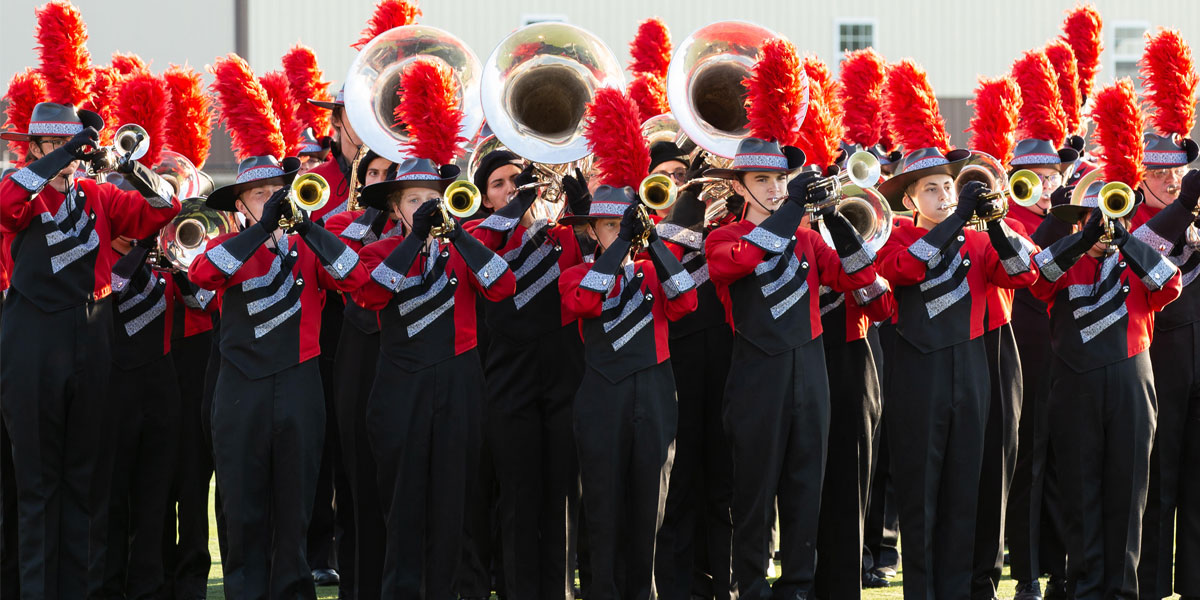 Warwick High School will host the “Legend of the Warrior” Cavalcade of Bands Marching Competition on Saturday, September 28th at Grosh field.  Gates will open at 4 p.m. with the competition starting at 4:45 p.m. The evening will kick off with Warwick High School vocalists performing the national anthem.

“This competition is special because it’ll be the highest number of bands we’ve seen at the ‘Legend of the Warrior’ in recent years,” stated Matt Tenaglia, Warwick band director.

Warwick’s performance will be at 9:30 p.m. followed by a special exhibition by The University of Delaware marching band at 9:45 p.m.

Cavalcade sanctions roughly 40 high school marching band competitions each year in the mid-Atlantic area and has more than 100 member schools. The non-profit organization also sanctions indoor marching competitions, as well as jazz band festivals throughout the winter months. Bands are judged on their visual impact and music ability with being scored on a 100 point scale.

Warwick High School has been a Cavalcade participant for more than three decades and has hosted shows annually.