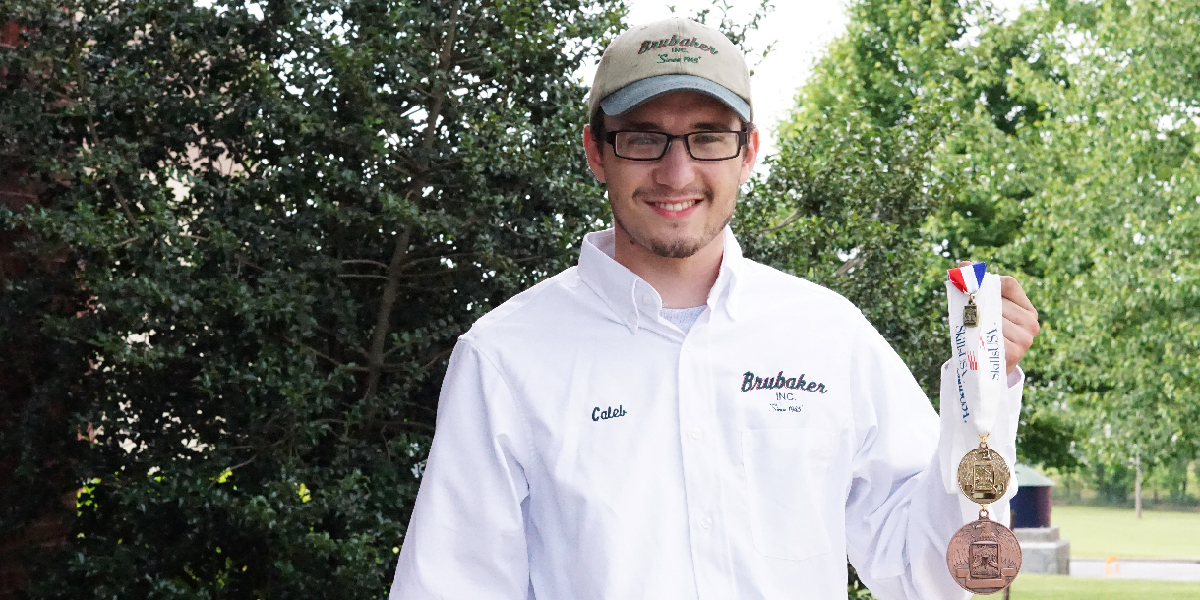 Caleb joined 12 other students from the Lancaster County Career and Technology Center who were state champions in their field. The competitors that advanced to nationals took first place at state-level competitions held in Hershey, P.A. in April.

The SkillsUSA Championships are competitive events demonstrating the best career and technical education students across the country.  Competitions begin at the local level, then progress nationally. Caleb received gold at the district and state level before qualifying to compete at Nationals.

Performing in 11 different events, Caleb had a written test and needed to demonstrate his skill level when it came to all things HVAC and refrigeration. Asking what he was being judged on, Caleb replied with, “quality and knowledge of each event.”  He was up against 28 other high school students from across the United States.

“I’m pretty happy with my finish, I didn’t think I would even make top ten at nationals, I didn’t have experience in certain areas, however some of my strengths made up for it,” stated Keebler when asked about his performance.  “This competition really helped to build my confidence in this industry.”

Caleb attended the CTC Brownstown campus and said he owes his teachers there for a majority of his success.  He started out by taking the construction cluster class and stumbled across HVAC by accident. “I didn’t know that’s what I wanted to go into originally,” said Keebler.  “But through that class, I realized that’s what I wanted to focus on, I really enjoy the problem-solving skills that come with it.” Even before graduation, Caleb had a job opportunity lined up thanks to the co-op program offered at the CTC.  Keebler was able to work at Brubaker Inc. while still taking classes. After graduation, he began working fulltime.